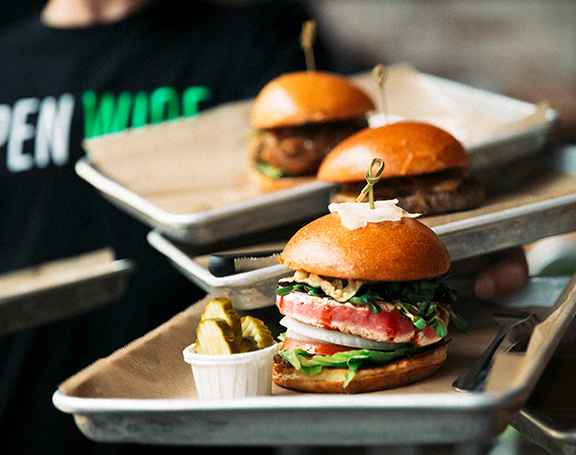 As the coronavirus pandemic continues its spread across the globe, restaurants around the world are trying to adjust to a new modus operandi for the next few weeks or months. Fast-casual burger chain Hopdoddy has taken a four-pronged approach to this “new normal” in the hope that the chain will emerge from the crisis as a stronger brand.

“We analyzed our situation probably 20 days ago, before things began to escalate but knowing that it was coming here,” says Jeff Chandler, CEO of the Texas-based company. “we wanted to try to get a jump on it, to be more proactive.”

To that end, Chandler and his management team drafted a four-part strategy to steer the company through the next few months. The plan comprises the following:

The first challenge came because Hopdoddy has restaurants in six different states, with each one responding a little differently to the crisis. Based on what each state and municipality was doing, Hopdoddy decided to close 17 of its 35 units. The rest were converted to off-premise service only. Within a week, four had been reopened, and as of this writing, Chandler says he is considering opening three more.

“The first four or five days taught us a lot,” Chandler explains. “Our operators responded quickly. The ingenuity and the entrepreneurial spirit was a huge sense of pride for me. What we learned was that our GMs could get things done faster than we could as a company. They created their own signage and banners to let people know we were still open. They created their own ways to do curbside pickup. They orchestrated the guest path and then decided which team members would do what, to be most efficient.”

He adds that unit managers continue to take the initiative in helping their communities as well. Several are doing food drops to hospitals to support doctors and nurses. At others, when the lunch rush starts to wind down, team members are packing up food so it can be distributed to the homeless. And Chandler explains that the company is working with Torchy’s Tacos, another Austin, Texas-based chain, to come up with a plan to band four or five restaurant companies together in a commissary-style format to feed displaced hospitality workers.

“Beyond that, we’ve had to deal with customers’ fears and anxieties,” Chandler adds. “How do they want their food delivered? They want to stay in the cars, and they may not want us to put bags in their hands, but in the back seat for them. It’s important for us to maintain brand trust with safety and quality.”

The question yet to be answered, of course, is what is going to happen when the world returns to some semblance of normalcy.

“How will guests look to use us in the future,” Chandler wonders, “knowing that their habits and their routines re going to change? How can be be nimble enough to pivot and shift ahead of that curve?”
One thing he is fairly sure of is that off-premise services will continue to be a more important part of the equation.

“Americans aren’t going to be holed up for long,” he says. “They want to be out and about, but there might be a return to the kitchen table more often. Those of us who rely on on-premise are going to have to figure out how to do off-premise in a much better way. Those that can will fare pretty well.”