CHICAGO, May 22, 2022— Lance Trenary, President & CEO of Golden Corral was named the 2022 Gold Plate Award recipient by the International Foodservice Manufacturers Association (IFMA) during their 68th Annual Gold & Silver Plate Awards Celebration. Trenary was nominated in the “Chain Full Service” category by Ecolab and Nestlé Professional and selected from the impressive slate of this year’s Silver Plate winners.

“I work with the most phenomenal team in the industry,” said Trenary when accepting the Gold Plate. “And this award is for them.” He went on, “The last two years have been so difficult. To have enjoyed the turnaround that we have had has been everything.”

In addition to Trenary, 2022 Silver Plate recipients and the companies that nominated them are:

“The 2022 IFMA Gold & Silver Plate class is composed of individuals that embody the resilience, creativity, and commitment to service found across the industry,” said Phil Kafarakis, IFMA President & CEO. “These eight leaders with their diverse backgrounds and remarkable life stories have contributed in countless ways to foodservice, their respective teams, customers, and the larger community. Spending time with them over our Gold & Silver Plate weekend has been an honor.” 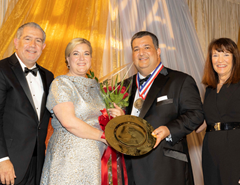 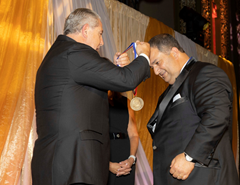 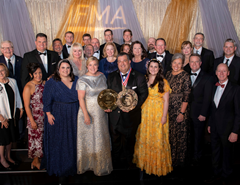 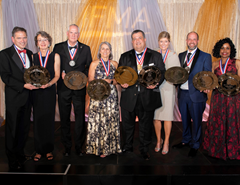