CHICAGO, November 3, 2020—Phil Hickey, Chairman of Miller’s Ale House Restaurants, was named the 2020 Gold Plate Award recipient by the International Foodservice Manufacturers Association (IFMA). Hickey, representing the Chain Full Service category, was nominated by the Coca-Cola Company and was selected from an impressive slate of this year’s Silver Plate Winners.

Over the course of his 47-year career, Hickey has helped build best-in-class teams and best-in-class companies. At 29, he co-founded the Cooker Bar & Grille concept, taking the company public five years later. Over the course of the next four decades, he has led several full-service restaurant chains to unprecedented growth. In addition to his business prowess, Hickey has taken on critical industry leadership roles, including co-founding the Georgia Restaurant Association and acting as Chairman of the National Restaurant Association.

“It is an honor and one that I will treasure the rest of my life,” said Phil Hickey. “The restaurant business is amazing. We’ve had a rough bit of sledding these past seven months or so—but we touch lives, we elevate lives, and make it better. Let’s keep doing that together.” 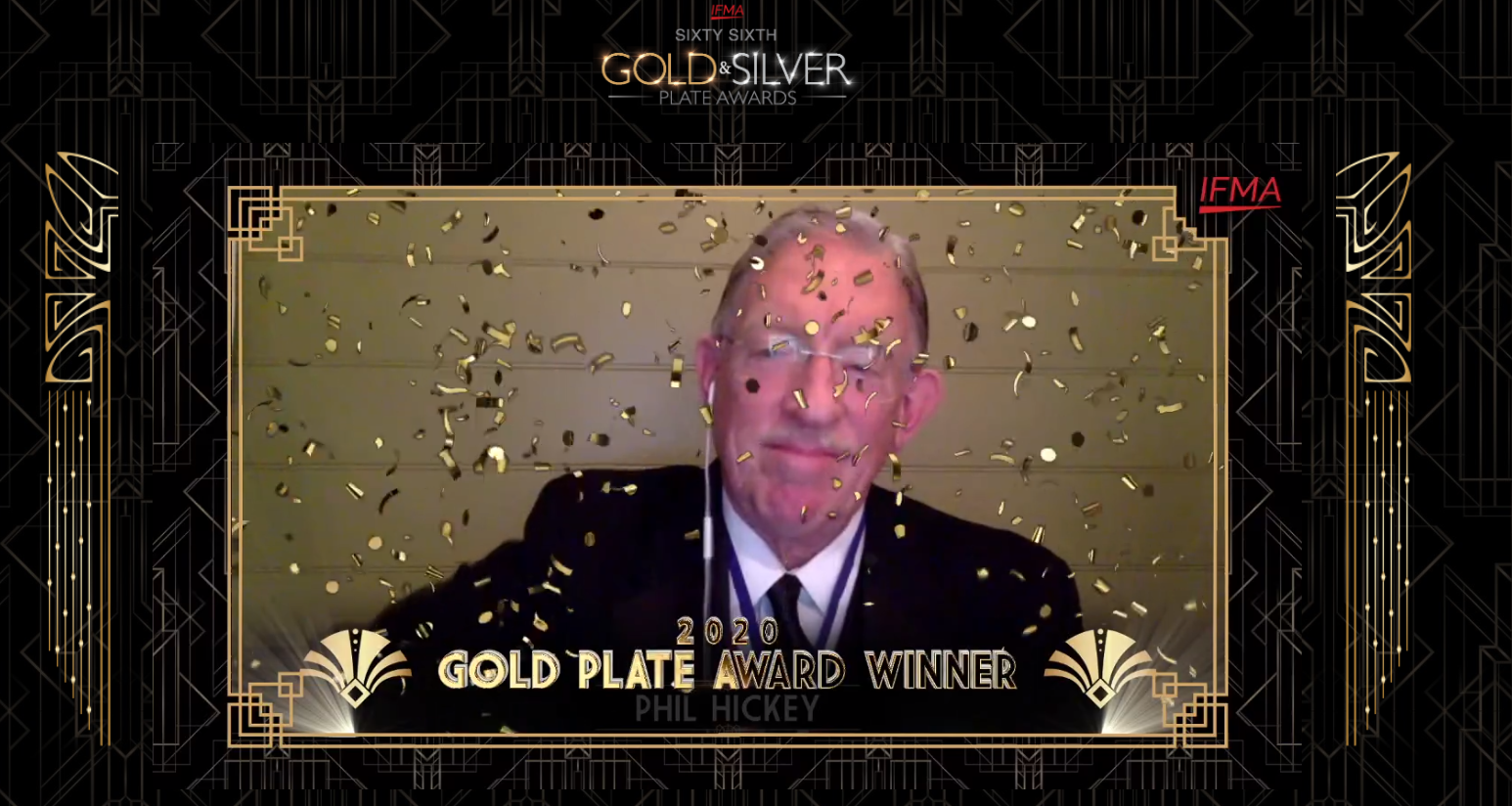 About the 2020 Silver Plate Class:

In addition to Phil Hickey, the 2020 Silver Plate recipients (and the industry leading companies that nominated them) include:

"True leaders shine through all challenges, and the IFMA 2020 Gold & Silver Plate Class will be remembered as our industry’s bright north star. These eight professionals inspire all of us to do more and be more, leading our industry always forward. We salute them for giving us the energy and passion to follow in their footsteps,” said Larry Oberkfell, IFMA President & CEO.

The Gold & Silver Plate Awards, now in its 66th year, is the longest-running and most respected awards program in the foodservice industry. Each year, a distinguished jury of trade press editors and previous award winners weigh the merits of candidates who best represent IFMA’s vision, mission and values. Winners are honored with the Silver Plate Award. One of these accomplished and esteemed operators is chosen by secret ballot to receive the industry’s most coveted recognition, the IFMA Gold Plate Award for overall industry excellence.

About the Gold Plate Selection Process

The Gold Plate Award recipient was determined through secret ballot by a jury of past Silver Plate winners, national trade press editors and foodservice experts. The Selection Jury was chaired by Nancy Kruse, The Kruse Company. The ballot was tallied by BDO USA, LLP and kept confidential until the announcement at the Gold & Silver Plate Celebration on May 18.

About Past Gold Plate Winners

The International Foodservice Manufacturers Association (IFMA) is an established trade association serving foodservice manufacturers for over 65 years to improve industry practices and relationships while equipping every foodservice manufacturer with the tools to navigate their future with confidence. By providing insights, developing best practices and fostering connectivity through events, we enlighten members and motivate change that leads to betterment for the individual member organization and the industry at large. For more information, visit IFMAworld.com. Follow IFMA on LinkedIn, Twitter, Facebook and Instagram.