Presidents Conference 2022: Together, We Lead!

Changes are underway at IFMA and that was apparent throughout the 2022 Presidents Conference. Running from November 6 to 8 in Scottsdale, Arizona, the conference brought a record attendance of food-away-from-home leaders and visionaries together to examine common industry challenges and hear new ideas to take on the future.

Among the attendees were 25 ‘Next Gen Execs’ — individuals identified by their companies as the executive leaders of tomorrow. IFMA has plans to build on this developing program and provide emerging leaders multiple opportunities to build relationships with existing industry stars in order to strengthen the entire shared food-away-from-home ecosystem. 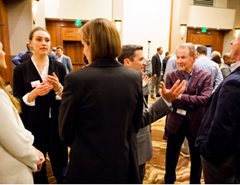 The general sessions started on Monday with a welcome and hoop dance by the ‘Native Spirit Dancer’ organization. This show of local indigenous artistry emphasized the conference theme of connection and being stronger together as a community.

Providing new insights from new sources was a recurring thread of the conference. Jack Bobo, Director of Global Food & Water Policy at the Nature Conservancy launched the meeting with a session titled “Can Agriculture Save the Planet?” He stated that with 40 percent of the land on earth devoted to agriculture, the time has come for food producers and manufacturers to make changes that speed up the rate of global agricultural improvements.

“Things are getting better,” Bobo reported, “just not fast enough...The challenge is to increase the rate of change. We can help by telling people how they can work better, rather than denouncing what they’re doing wrong.”

Later the same day, the futurist Pablos Holman, echoed some of the same themes. “We need to scale up to take on the problems of a billion people worldwide in food crisis.” he said. “Think of the U.S., with all our privileges, as the place to ‘test drive’ new concepts and inventions. Then we develop ways to spread the best versions of those new concepts to the places that need it the most.”

“A lot of working technology already exists,” according to Holman. “We can make beef the way we make beer, using very similar equipment to create cellular meat without the animal....that can then be used to address the world’s need for more protein.” 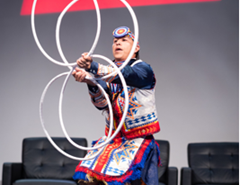 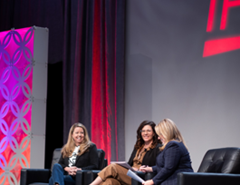 Hands-on experiences with new technologies were provided by exhibitors at the event’s Tech Showcase on Monday. Several companies that focus on food-away-from-home offered new approaches to business challenges and interacted with attendees one-on-one, gave demos, and made short presentations throughout the afternoon. 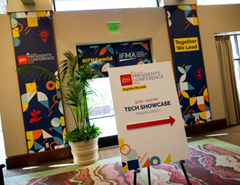 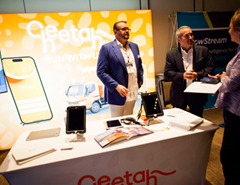 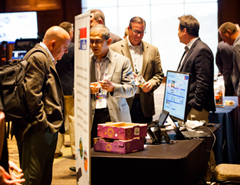 As Schuler remarked, “When business needs connect to personal skills and interests, everyone benefits...We have reduced our performance reviews to one page and ask all our team members to commit to three objectives, two personal growth goals (outside of business needs), and one passion project. The results we’re seeing are incredible.”

At an Association Leaders panel, President & CEO of IFDA, Mark Allen, also addressed labor issues. “Workers want their jobs to have purpose, a work/life balance, and the opportunity to advance.” Labor is a major issue for operators as Michelle Korsmo, President & CEO of the National Restaurant Association, explained. She added, “We focus on recruitment and retention, but we must also include attraction...social media has changed the dynamic for all of us.” 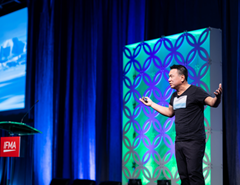 Operator leaders from the major segments of the industry who serve on IFMA’s Foodservice Leadership Councils offered conference attendees their shared ‘Foodservice Vision 2025’ developed in partnership with IFMA and Kinetic12 Consulting. They discussed common drivers of change they’re all dealing with, like the need for new menu strategies, cross-training staff, and decreasing operational complexity. They all agreed that increased communication would improve their relationships with manufacturers and distributors.

Coping with disruption in distribution has been a main focus of IFMA’s Go-To-Market (GTM) Planning Committee this year. Their recently published white paper and the accompanying playbook (which is available to GTM subscribers only) were discussed in an IFMA-run session.

Additional sessions and break-out panels took on the major issues facing the industry: inflation, sustainability, labor, supply chain disruption. It came back to the workforce for the closing keynote session with Sysco’s President & CEO, Kevin Hourican, in conversation with Sysco’s Vice President and Chief Diversity & Culture Officer, Adrienne Trimble. They provided an insider’s look at how Sysco has been creating a diverse, equitable, and inclusive culture.

Hourican stated that their DE&I focus led to changes within the company that were good for business, “We are a better company when our workforce at all levels looks like and talks like our customers...One of the changes we made was to start hiring not from our competitors but from our customers.” Trimble explained, “We improve our whole industry when we improve our business relationships.” 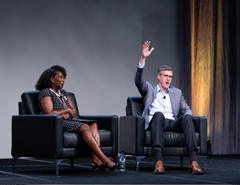 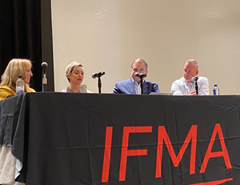 Several opportunities for networking and sharing experiences were on the agenda throughout Presidents Conference. Beyond the receptions and dinner, IFMA offered attendees the chance to engage in an urban farming exercise, where activities included building beehives and creating seed markers for a local farm that grows produce for schools and families in need. The event’s traditional golf afternoon raised funds for the IFMA Education Foundation. This money will go toward supporting scholarships and stipends for students coming into the industry. 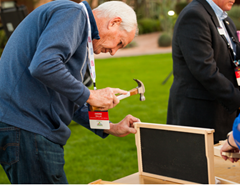 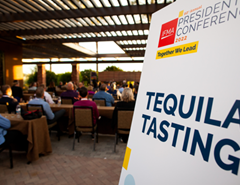 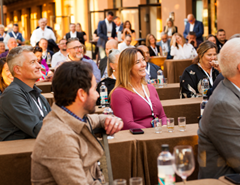 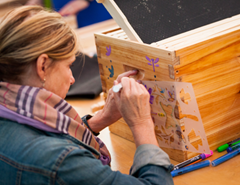 Following up on the conference theme of ‘Together, We Lead,’ Phil Kafarakis, IFMA’s President & CEO, encapsulated the entire event when he told attendees, “Overall, IFMA wants to work together with everyone in our ecosystem to build a stronger, more resilient, and collaborative industry.”

The next IFMA Presidents Conference will be held November 5-7, 2023 in Scottsdale, AZ.