It is genuinely difficult to attend a business conference in New Orleans and not have a memorable experience. The sounds of the streets add syncopation to your steps, and the NOLA-bred hospitality puts a smile on your face. Of course, it also helps when a conference is loaded with as much compelling content as the annual Chain Operators EXchange (COEX), which was staged in that city on February 18-20 by the International Foodservice Manufacturers Association (IFMA).

As the roster of speakers lent their expertise, ideas and advice on how to maintain brand vitality in a challenging environment, a recurring theme emerged that should give restaurateurs hope for the future.

A retired lieutenant general, the Louisiana- born Honoré’ was Commander of Joint Task Force Katrina. Overseeing a return to order in the hurricane-devastated city required a take-no-prisoners/brook-no-BS attitude, which the general demonstrated in abundance during his presentation. Don’t Get Stuck on Stupid was his rallying cry; it’s also the name of his most recent book on leadership, in which he lays out the importance of cutting through bureaucracy, acting decisively and keeping sight of your goals.

Takeaway: Struggling entities, even those as massive and massively complex as the city of New Orleans, can get a second wind when businesses keep their eyes on the prize and single-mindedly direct their time and talent to meeting their goals. The city is a prime example: Today it has more hotels and restaurants than before the storm.

2) Gene Lee knows about reinvention, too.

The president and CEO of Darden Restaurants, Inc., Lee oversees more than 1,700 units of iconic brands like Olive Garden, LongHorn Steakhouses and Seasons 52. Lee counseled attendees to be brilliant with the basics, and as Exhibit A, he offered the turnaround story of Olive Garden. Only a few years ago, the chain was struggling under the weight of a bureaucratic and out-of-touch management. As an activist investor began shaking things up, corporate executives reordered their priorities and refocused on the fundamentals.

Lee outlined the elements of his turnaround strategy, which included a decentralization of resources from headquarters and redoubling of attention to the store level. He also spoke of renewed emphasis on the essentials of menu, service, atmosphere and marketing. 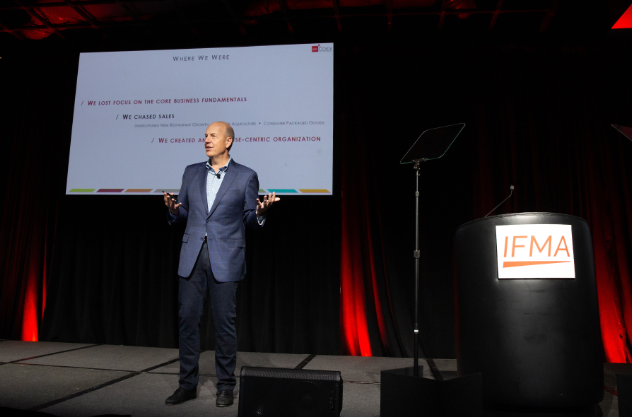 Takeaway: The results speak for themselves and prove that it is indeed possible to revitalize a 40-year-old brand that many analysts had written off as irrelevant. Against the odds and despite doomsday warnings from The Street, Olive Garden is not only thriving, it is over-indexing with the coveted Millennial cohort, who seem to have no problem patronizing a brand that remains a favorite with their parents and grandparents.

3) Marketing can also be reinvented,

or at least redirected. Lee shared the tidbit that the Olive Garden brand has been shifting its media spending away from digital communications, which he described as “not mature,” and back to broadcast television to the tune of $135 million per year. This back-to-the-future strategy is in line with the widely reported resurgence of time-honored, 20th-century advertising vehicles like paper catalogues and coupons.

Takeaway: In an increasingly high-tech environment, many consumers welcome the offset of high-touch communications. Put another way, seemingly old-fashioned ink-on-paper tactics like Trader Joe’s Fearless Flyer or drool-worthy, food-as-hero TV spots are valued for the respite they provide tech-weary  consumers, who are bombarded 24/7 with digital messaging.

Kyle Lindelof, Senior Director of Food and Beverage for Brinker International, parent company of Chili’s Grill & Bar and Maggiano’s Little Italy, confirmed to the audience what had been widely reported in the press. The Chili’s brand has actually reduced its menu by 40%. The goal was to get back to its culinary signatures, specifically burgers, ribs and Margaritas. As part of this rightsizing effort, management smartly invested in proteins and upped the size of its burgers and fajitas. The risky strategy has paid off in both increased sales and traffic. And the chain has realized other benefits, too, like a more coherent brand image and more consistent execution in the kitchen, which can focus on doing fewer things better. 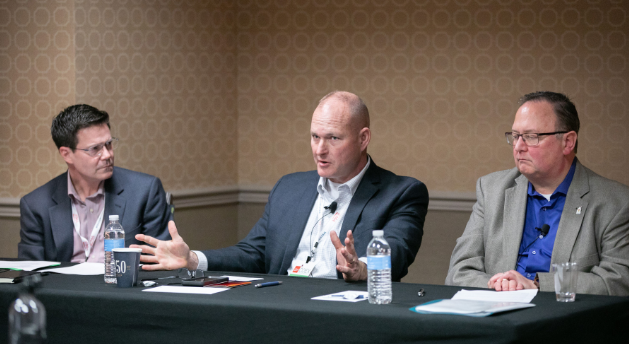 Takeaway: Resist the impulse to be all things to all people. The payback comes from recognizing and reinvesting in the core equities that differentiate the brand in a hotly competitive market place.

5) Even vegetables are being reinvented,

especially on the center of the plate. A panel of chefs discussed Solving the Plant-Based Challenge and offered practical, hands-on advice on what has become a real menu hot button. The chefs shared the mistakes they made as they sought to tempt consumers to try plant-based burgers and tacos, while simultaneously trying to convince executives of their promotability. And they were forthcoming about other issues like the impact of more expensive vegetable options on their food cost targets and the need to retrain kitchen help to properly handle and cook vegetable-based proteins.

Takeaway: The more customers change, the more they remain the same. The chefs agreed on the critical need to avoid a product that connotes the culinary “penalty box.” Taste and craveability remain key drivers, overtly healthful items remain a turnoff for most, and options will remain critical to driving repeat visits and to eliminating the dreaded veto vote. 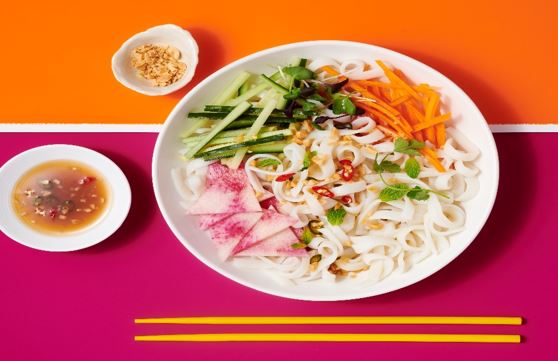 Reinvention isn’t limited to restaurant operators. Manufacturers have been amping up the innovation, too, and there were lots of examples for attendees to sample. Among the standouts were 10G Protein Noodles from Trident Seafoods, which are made from Alaskan pollock. Packed with protein, free from gluten and totally neutral in taste, they may be poised to challenge spiralized zucchini as the better-for-you, totally slurpable noodle replacement of choice in soups, noodle and pasta bowls, like the Vietnamese Banh Mi Bun Bowl pictured above.

Don't forget to register for COEX 2020 taking place March 1-3, back in New Orleans. Save $300 on your registration before January 14th! 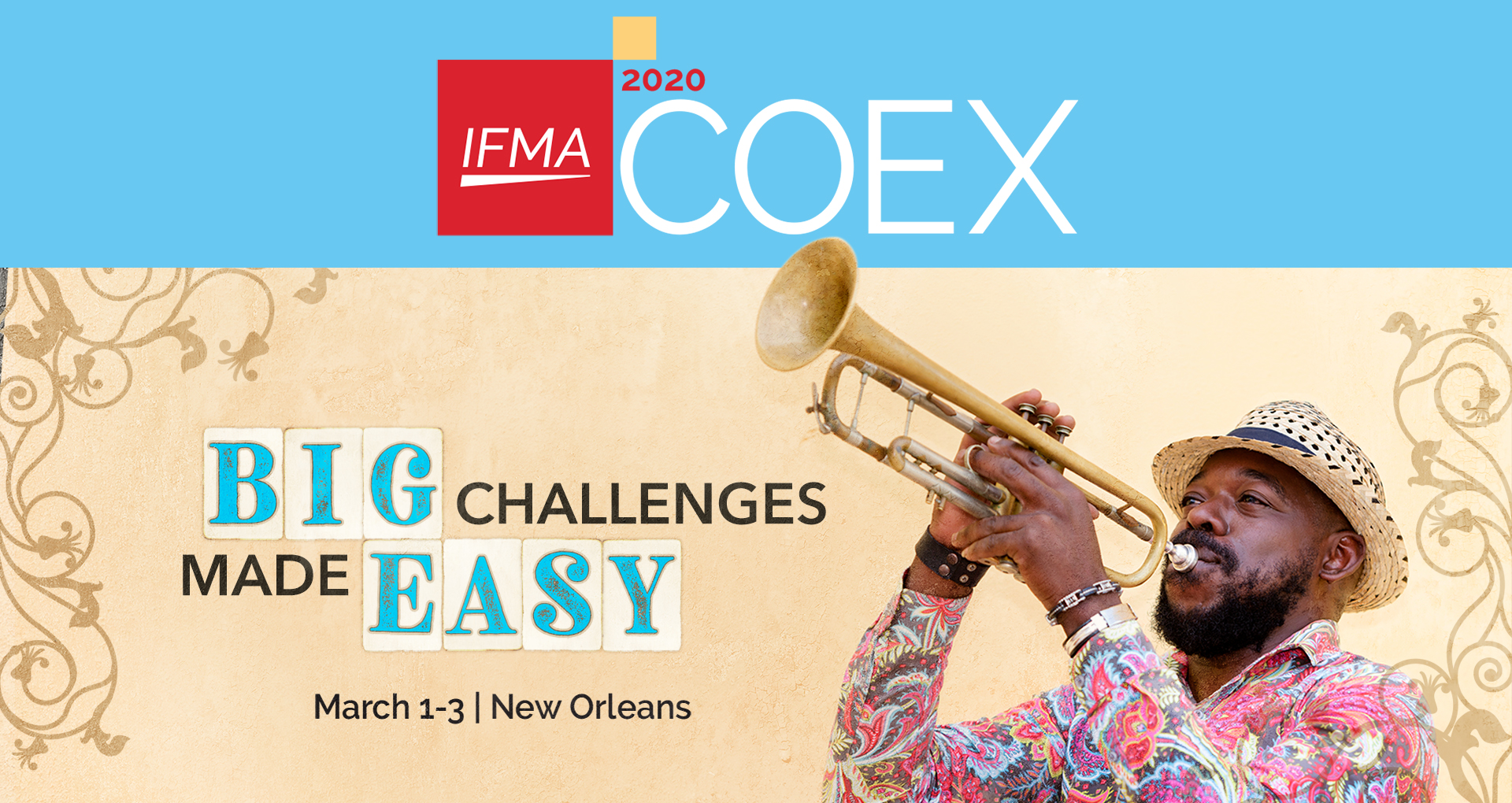